From Maths Frustration To Maths Elation 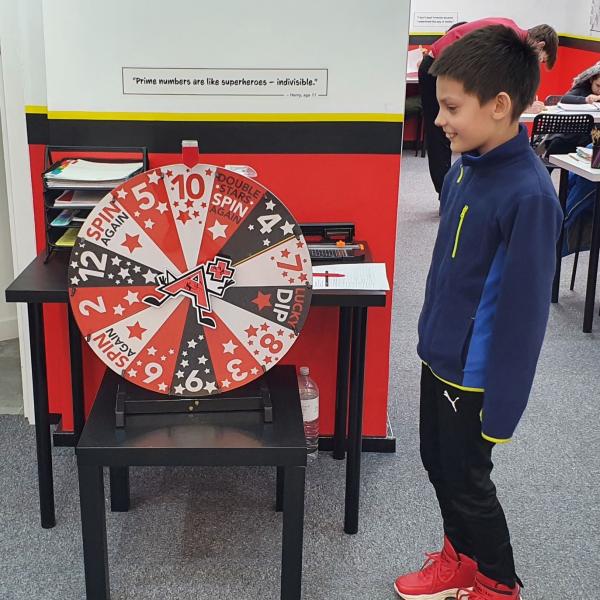 Life can be tough when you’re young and trying to learn maths - especially if you’re having to do it in your second language and in the middle of a pandemic.

And if can be even tougher when you’re the parent of that child, seven months pregnant, and trying to remember the maths you were taught under the Soviet system before translating it from your native Latvian into Russian and then into English.

That’s why nine-year-old Arsenioss Termenovs and his mother, Marina, are so happy they discovered Mathnasium.

Arsenioss, despite his innate ability, was nevertheless struggling with maths at school when the pandemic and lockdowns meant he had to learn it online from home.

“I didn’t know how they teach maths in the English school system,” says Marina, “and we were struggling to put Arsenioss behind a computer and get him to start doing something.

“I tried to teach him maths the only way I knew how - the way I’d learned under the Soviet system - but he found it difficult because it was completely different to the way he was being taught at school.

“I knew I had to find someone who could explain how it’s done in the UK, as Arsenioss was sitting there, feeling that no-one could help him.”

Marina began searching for private tuition in her part of London. Arsenioss tried Kumon, but didn’t like it and never went back after his first session.

Then they discovered Mathnasium.

“The Buckhurst Hill centre is just near my house and we can walk there,” says Marina. “It’s quite expensive for us, but worth it because Arsenioss now loves maths.

“The first time he went there, Arsenioss didn’t understand quite what they expected from him, and he wanted to give up.

“But Petar, the Centre Director, challenged him not to. They went way over the hour together, and by the end Arsenioss understood everything perfectly.

“He’s way ahead at school now and comes back from Mathnasium literally jumping with joy and excitement, and is so full of enthusiasm.

“I’ve never known a child who wanted to go for extra lessons as much as that. He loves the funny little extra things they offer, and he’s saving the points he earns to buy something on Amazon.”

As a busy mother, Marina is glad Arsenioss is confident enough to sit at a computer for an hour and get on with his Mathnasium work by himself without her needing to sit there with him.

“Mathnasium is such a help. I didn’t realise at first what a difference it would make for him, as sometimes he needs a push or a kick to make him interested in a subject.

“He’s even been telling classmates how well he’s doing and is trying to encourage them to go to Mathnasium, too.

“He’s doing fractions at school that he learnt six months ago at Mathnasium, and he’s so keen now that we don’t need to push him to go to school or to open his computer.”

Marina Termenova is in a position to make comparisons between Mathnasium and other extra tuition because Arsenioss also has lessons in English and Russian.

“He’s been doing Russian for four years but doesn’t want to go, and hates it. Yet, thanks to Mathnasium, this is the first time I’ve seen him get really excited about a subject.”

She credits Petar’s team of expert maths instructors and the Mathnasium way of doing things for her son’s success and the progress he’s made.

Only three months into Year 4, Arsenioss was tested on what he’d be expected to know by the end of that year, and he scored an impressive 80%.

“He’s flying ahead now and he’ll be working on Year 5 maths long before he’s even finished Year 4 at his school,” says Petar. “He’s about a year ahead in maths.

“He was born smart, but he also works very hard.

“Every time he walks in through our doors wearing his trademark ear-to-ear grin, he genuinely brightens my day - and if our entire marketing budget could take on human form and walk around, I'm convinced it wouldn't be as strong an advertisement for our programme as Arsenioss Termenovs is.”