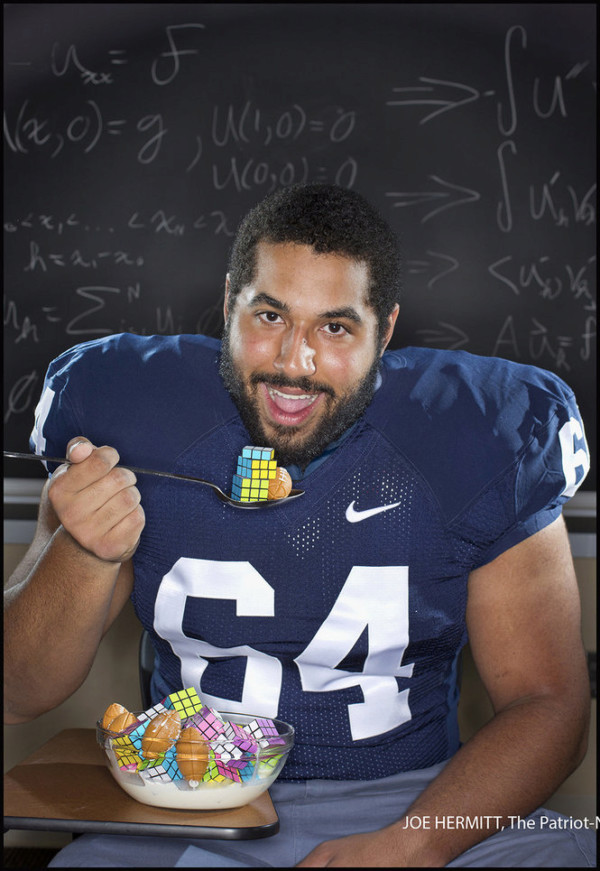 John’s been a huge supporter of the Mathnasium mission for quite some time, and commented that our centers “are teaching math the right way—the way that makes sense to kids.” He’s collaborated with his local Mathnasium centre, Mathnasium of Roland Park, on scholarship initiatives, and has been known to stop by and help the kids out every now and again. Needless to say, the feeling is mutual—we really admire John’s exceptional abilities and accomplishments both on the field and in the world of academia—and we were honored to have him address our community of math educators as guest speaker at the 11th Annual Mathnasium Franchise Convention last year!

John’s affinity for math—and higher-level math topics in particular—started at an early age. “In elementary school, I was not a big fan of math, but I liked it when my mom played math games with me,” he recalled. “My favorite was logarithms. She would ask me, ‘What is log 8 base 2?’ and I would answer, ‘2.’” His mom was a huge source of encouragement; “she always pushed academics and fostered growth,” John said. “She saw my aptitude for math and helped me hone in on it. I am so thankful for her.”

Fueled by his passion and interest, John took the initiative to explore math in greater depth. He took a college-level calculus class one summer when he was in middle school, and by high school, he was coding algorithms to create functions. “When I hit college my freshman year, I took the hardest math classes and took a full schedule of math. At the end of the year, I saw that math was open ended,” he said. He earned his bachelor’s degree in math from Penn State a year early (all while excelling in college football and maintaining a 4.0 grade point average) and went on to complete his master’s degree in math as well.

John consistently approaches football and math with the utmost enthusiasm, and has notably achieved great things in both! His proudest “math moment” to date was when he wrote and proved his own theorem, the General Bisection Theorem, in 2013. He’s equally proud of the fact that he started 12 NFL games in the last year!

When asked what inspired him to take his education to the next level and pursue his PhD, John simply said, “my love of math. It’s something I’ve always wanted to do, and I thought, why wait? I’m really looking forward to it.” He offers these words of encouragement for kids who are struggling in math: “Don’t get too caught up in the drudgery! Think of it as an opportunity—think original, and think it through. It is an important skill.” Additionally, for those interested in pursuing careers in STEM, “feed your curiosity as much as possible, and learn as much as you can.”

We can’t wait to see what the future holds for John as both an academic researcher and a star on the football field—we’re rooting for him all the way!