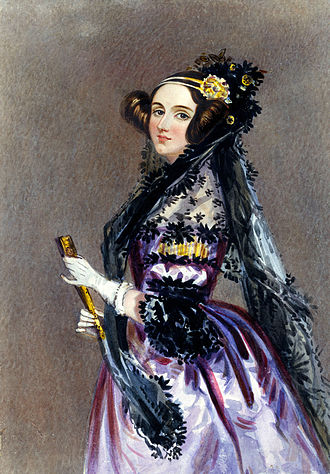 While we’re on the topic of training our brains, this week also marks Ada Lovelace Day, celebrated on October 13! Pioneering British mathematician Ada Lovelace (1815 – 1852) is best known for her visionary work on the Analytical Engine, a calculation device designed by Charles Babbage that laid the groundwork for modern-day computers. For this reason, Lovelace is widely recognized as one of the first computer programmers.

The daughter of poet Lord Byron and mathematician Anne Isabella Noel, Lovelace came of age during the Industrial Revolution, a time of great advancement and innovation in the areas of engineering, technology, and science. The spirit of the age, coupled with her unusually comprehensive science and math education, proved complementary to Lovelace’s fascination with technology and machinery. By the age of 17, mathematics and logic became Lovelace’s primary areas of interest, and she collaborated with many great Victorian-era intellectuals as her life’s work unfolded.

Among her contemporaries, Lovelace earned recognition and respect for her intellect and capabilities—a truly remarkable achievement in an era when women didn’t have the opportunities for advancement that they enjoy today. Twentieth-century mathematician Alan Turing—considered by many to be the father of computer science—derived inspiration from her published work. Today, Ada Lovelace Day holds significance as a time to commemorate the accomplishments and aspirations of women in STEM fields.